Posted in African Drumming Workshops on July 15, 2015 by Jamie Riley | Leave a comment »

It’s not often you would hear the sound of more than sixty African drums being played together in a school in Cheadle Hulme, Manchester. However, once a year, the Drumroots team bring their authentic instruments to St James’ Catholic High School to give the pupils a taste of African culture. 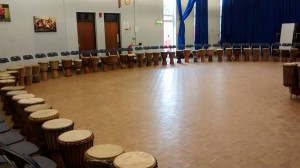 they make annual trips to Guinea, Senegal and The Gambia to train with local musicians, learn traditional drumming rhythms and songs and gain a true understanding of the culture. Having a two hour session each, gave the participants enough time to learn more advanced, longer arrangements and difficult patterns which we wouldn’t always teach in schools. By the end of the day, the students were playing with so much energy and confidence that it almost felt as if we had been transported back to a village in West Africa!

Our drumming rhythms could be heard throughout the whole school and gave all of the pupils a real spring in their step. We’ll be back next year after another trip to Africa with lots more material to share! 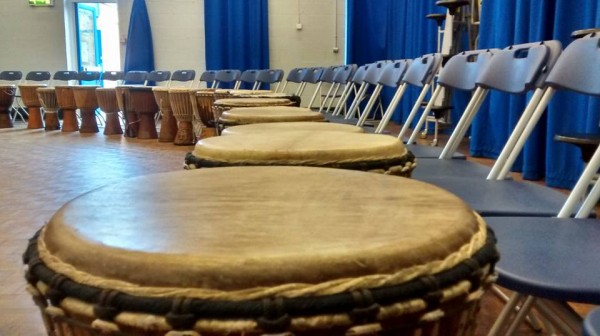