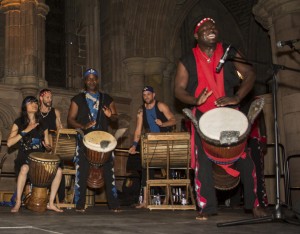 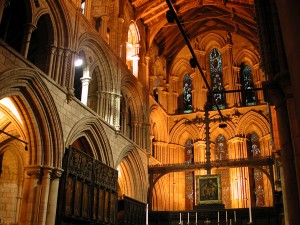 The week long music and arts festival, now in its 62nd year, hosts a diverse line up of acts, all performing to the Abbey’s stunning architectural backdrop.

We will be treating our audience to a concert which combines the power and energy of djembe and dun dun drumming with the rich and melodic sounds of the n’goni (West African string instrument), Balafon (West Arfican xylophone), Flute,  and traditional West African songs.

Joining Tanante for this extra special event are some of the UK’s leading West African artists including;

And that’s not all…We’ll also be drumming up a storm during the day for some of the local school children, who will be taking part in one of our uplifting and energising workshops.

Hope to see down there!

For tickets and further information about the festival, see the festival’s website: http://www.hexhamabbey.org.uk/