Drumroots Djembe Class is Back for 2012. 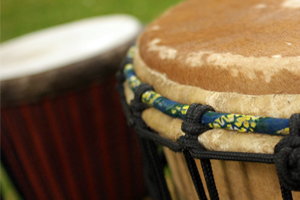 After a well deserved Christmas break, the drumroots team is back with Manchester’s longest-running West African drumming class. These mixed ability workshops are suitable for total beginners right through to advanced djembe players. The year will start with a run of workshops focusing on Malinke rhythms from the North East of Guinea specifically Kouroussa and Sanbaralla, home of Famoudou Konate one of the world’s most renowned djembe masters. For 2012  we will see more classes focused on the dun duns and with even more support from the members of the performance group Tanante. 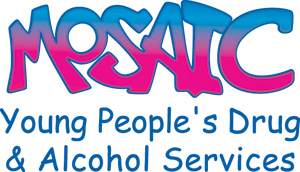 This was a one off workshop for young people aged 25 and under who attend MOSAIC, a centre who’s aim it is to provide drug and alcohol treatment as well as support for those young people whose parents misuse substances. The small group who attend MOSAIC voluntarily were very interested and attentive to the extent that when our time was up they didn’t want to stop and having played a little longer and giving them a chance to fit in some ‘free style’ soloing, we stayed to chat more about the West African music and culture. Some of the students seemed particularly interested in the dance which accompanies the drumming in a traditional village or on stage for performance; here are a couple of African Dance videos for any of you guys who might be interested. END_OF_DOCUMENT_TOKEN_TO_BE_REPLACED

Returning for the Fifth Year running we were invited back to one of our favourite schools to work at; Loughborough High School for Girls. Having been to this school for years and taught about West African history, music and culture, and then leading drumming workshops, this time we had something extra special in store for the pupils; traditional West African Dance lead by our friend and professional dancer Diene Sagna. END_OF_DOCUMENT_TOKEN_TO_BE_REPLACED

For the second time we travelled across to Nottingham to deliver workshops at an Ansel Group clinic; a clinic for men with personality disorders who may have additional complex needs and have challenged other service provision. END_OF_DOCUMENT_TOKEN_TO_BE_REPLACED 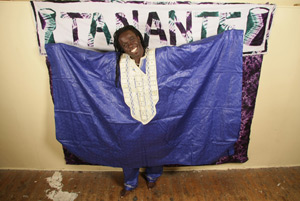 END_OF_DOCUMENT_TOKEN_TO_BE_REPLACED

Tanante will be returning to the excellent world music and percussion festival Drum Camp 2011. Not only will we be supporting Iya Sako’s workshops but we will be performing on Saturday night at midnight with Iya Sako

Diene Sagna is a hugely energetic and inspirational dance teacher. His classes are suitable for dancers of all levels, from complete beginners to professionals and are a great way to keep fit, destress and express yourself… END_OF_DOCUMENT_TOKEN_TO_BE_REPLACED